Founder, Head of the Steering Committee

Head of the Operations and Event Team

Eleni Leontidou studied History in Athens and Oxford and was awarded her PhD from the University of Cambridge in 2018. In addition to her scholarly output, she worked as a trainee curator during her Robert Schuman traineeship at the European Parliament. She is currently working in the heritage and museums sector, contributing to an upcoming exhibition at the House of European History in Brussels.

Co-head of the Communications Team

Andri is a Freelance Communications Specialist and a Young Entrepreneur in the area of Event Marketing. She is a strong media and communication professional with a demonstrated history of working in the Civic & Social organisation industry. She is currently engaged in the Marketing Department of many international events with notable topics and experts.

Co-head of the Communications Team

Lydia Kollyri is a Ph.D. candidate in the field of Communication and Internet Studies in Cyprus and she has been working in the field of communication since 2015. She has delved into the field of event organisation and exhibition design through courses in Italy and Germany. In addition, she has participated in several conferences as a speaker around the world.

Head of the Promotion and Impact Team

Nicole Grivas is a positive person, always with a smile, hardworking, motivational and enthusiastic. She has significant experience in event & conference management, as well as sales and social media marketing. Currently, she works as Head of Corporate Affairs in one of the largest Real Estate Asset Management firms in Cyprus and Greece.

Head of the Accounts Team

Theodoros Assiotis is a Fellow Member of the Association of Chartered Certified Accountants and also holds a BA in Accounting & Finance from De Montfort University, UK. Theodoros has over 12 years of professional experience in the provision of professional services making sure that companies are always up to date with their statutory obligations. He is now the Head of Accounting Services at an international law firm and has also worked as a Senior Manager in a Big 4 professional services firm. Theodoros is also a founding member of the non-profit organisation Oxygono and a member of its executive committee.

Exec. Member of the Steering Committee

Xenia Chrysostomou has experience in international development and concessional finance. She has previously worked in DG ECFIN at the European Commission and she received a professional training in financial audit. She’s an ICAEW (ACA) graduate and she holds a Masters Degree in (MSc) Risk Management from the Nottingham University Business School and a Bachelor’s Degree in (BA ECON) Accounting and Finance from the University of Manchester.

Exec. Member of the Steering Committee

Panayiotis Nicolaides is an economist working at the intersection of public policy and research. He has been closely involved in economic crisis management since 2013, initially at the European Commission, and from 2015 to 2019 as special economic advisor to the Greek Alternate Minister of Finance. He was assigned Alternate Member at the Eurogroup Working Group and the Economic and Financial Committee and Alternate Director at the Board of Directors of the European Stability Mechanism, representing Greece at economic committee meetings of  the EU Council and as delegate at IMF/World Bank Annual Meetings and OECD Economic Policy Committee meetings. From this position, he contributed to the successful implementation of the third economic adjustment programme of Greece and led the technical part of the debt relief negotiations, which resulted in substantial restructuring of the Greek public debt in the summer of 2018. He is based at the Hertie School, the University of Governance in Berlin, teaching and researching on topics of public economics and taxation.

Member of the Steering Committee

Ioanna is a legal advisor specialising in Public International Law and Human Rights with special interest and experience in diplomacy and International Relations. She is also a youth expert and advocate for youth rights. She is also the founder and President of the non-profit organisation Cyprus Youth DiplomaCY.

Member of the Operations and Event Team

Christiana Xenofontos holds a BA degree in Political Sciences with expertise in International Relations from the University of Cyprus. She currently works as a Parliamentary Research Associate for the House of Representatives in Cyprus. Since November 2019 she is the Vice President A’ of the Cyprus Youth Council. She was the chairperson of the National Working Group for Youth Dialogue process in Cyprus (2015-2019). She was the Youth Delegate for the Commonwealth Youth Council for two years (2015-2017) and one of the main persons in the core team for the candidacy of Nicosia as European Youth Capital in 2018 (Greater Nicosia).

Member of the Operations and Event Team

Angeliki holds a degree in International Relations and European Studies, an LLB and a Master in European Integration Studies. She is also a member of the Advisory Council of the Mediterranean Citizens Association, an NGO involved in policy recommendations for the Mediterranean, directly collaborating with the European Commission. Throughout most of her career she has been involved in initiatives concerning policy-making and advancement.

Member of the Promotion and Impact Team

Anastasia Theodorou is an HR Officer in a reputable law firm in Cyprus. She manages both internal HR functions as well as she gives advice on general human resources compliance issues. She graduated from De Montfort University, Leicester in the UK where she acquired a Bachelor degree in Business and Human Resource Management. Additionally, she obtained a Master Degree in Business Administration.

Member of the Communications Team

Member of the Communications Team

Michalis is a highly proficient Interaction/Multimedia Designer, with 18 years of experience of working on a wide spectrum of demanding projects. He is a diversified professional with dual academic background: Multimedia Design processes for Web and Graphic Communications. He is also specialised in the interaction design discipline, which is a human-centred approach towards design, and it is equally applicable to existing media and communications technologies. 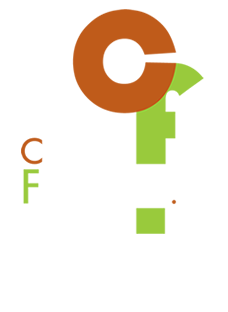